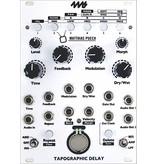 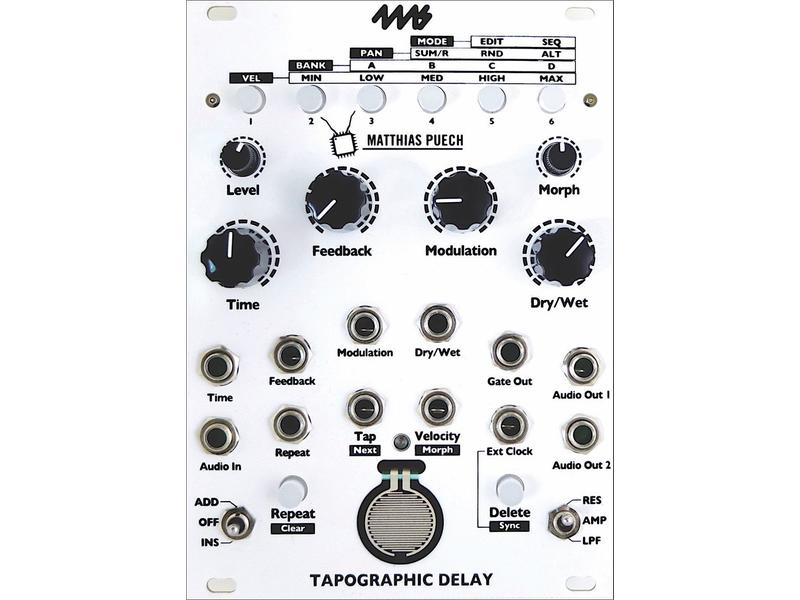 The Tapographic Delay is a complex multi-tap delay in the Eurorack format with a unique interface designed for live performance. It excels at transforming the simplest audio (a drone, a percussive sound) into complex rhythmic structures, meshes of organic textures, lush harmonic mille-feuilles, liquid and resonant effects.

Have you ever got tired of the monotonous repetitions that your standard delay pedal/module produced? Have you ever wished for a more complex rhythmic structure than just decaying repetition? If yes, you have come to the right place: the Tapographic Delay is an advanced effect that lets you handle repetition in a completely novel way. It is to a traditional delay what a full rhythmic sequencer (with pattern recall, velocity control, tactile input) is to a simple clock. With the TD, you interactively define the rhythm that the repetitions will follow: a velocity-sensitive sensor allows you to record, edit, modify, and sequence your own arrangements of delays. In a sense, the TD is the converse of the classic Frippertronics sound-on-sound setup popularized by Robert Fripp in the 70's: you don't play the guitar, you play the tape loop!

The Tapographic Delay is an expressive experimental instrument meant to be played in real-time, rather than a set-and-forget end-of-chain effect. Interact with it! Experiment! Push it to its limits! 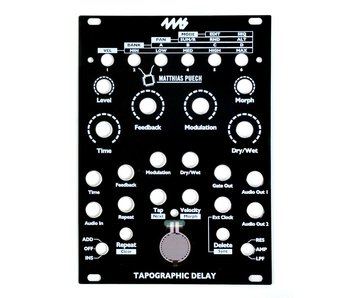