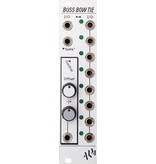 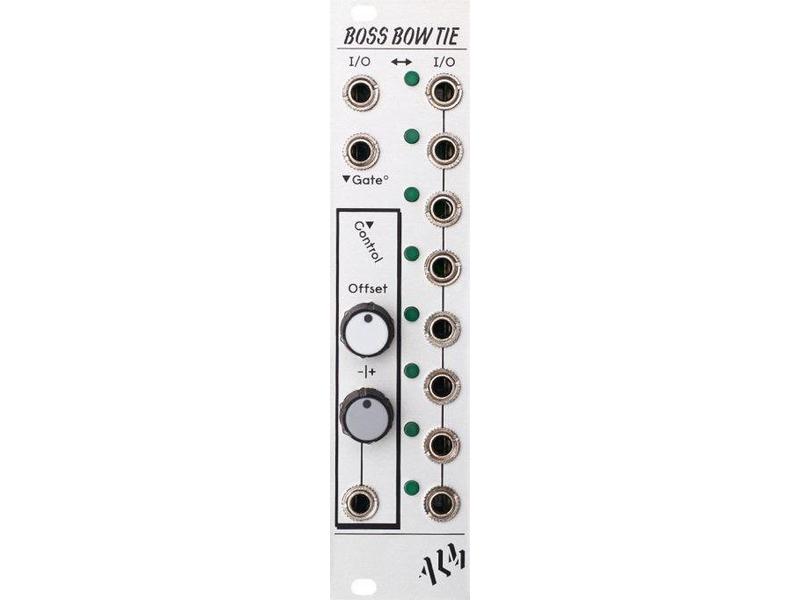 Boss Bow Tie is an 8 way bidirectional voltage controlled switch. An input ‘I/O' signal is mapped to an output ‘I/O' via a corresponding control voltage. As bidirectional, this can be either 1 of up to 8 inputs into a single output or a single input into 1 of up to 8 outputs. The control input features both an attenuverter and offset to precisely select which of the 8 I/O's are available to be ‘switched'. A normalized ‘Gate' input enables and disables the switch allowing for rhythmic and other effects.

The module is intended primarily for flexible routing of CV signals. Though audio signals will work - audible clicks can sometimes be apparent when switching I/O's.

Features
• 8 way bidirectional voltage controlled switch.
• 1 input into any 1 of up to 8 outputs -or- 1 of up to 8 inputs into a single output
• Attenuverter and Offset controls for control voltage input
• Normalized ‘Gate' input to enable/disable switch.
• Fast switching up to audio rates.
• Skiff friendly