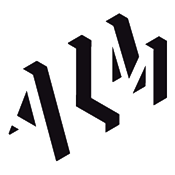 The ‘Pip Slope’ (rev II) is a compact envelope and function generator. It supports both Attack/Decay and Attack/Sustain/Decay type envelopes with both direct and voltage control of Attack and Decay times. Envelope shapes can be morphed between exponential, linear and logarithmic type slopes. Envelopes can be made to loop, repeating infinitely or decreasing with time or amplitude for echo and bouncing ball type effects.  An ‘End of Cycle’ trigger output further extends the envelopes functionality for both clocking and burst or fill type effects.