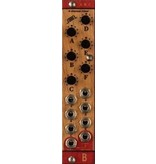 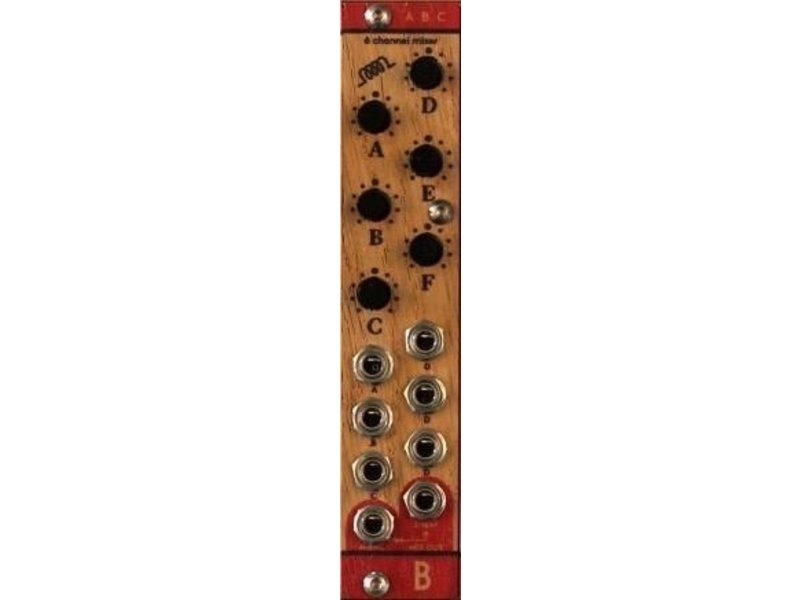 This item is used, has been fully tested and is guaranteed to be working.6 Channel Mixer

ABC is a simple 6 channel signal mixer. It has 6 inputs - A,B,C,D,E and F - and two outputs - A+B+C - which is mixed in to the D+E+F output if nothing is inserted in the A+B+C jack. ABC is designed to mix audio signals, but can be modified to mix CV signals instead. There are 6 solder jumpers on the back side, which can be connected to turn the abc mix into a CV mixer.

There are also 3 jumpers on the back side which can be used to normalize inputs A to D, B to E and C to F. This is useful if you would like to use the abc mix as a 3 channel stereo mixer (using both outputs and having separate volume control for left and right channel).

Features
• 6 inputs A,B,C,D,E,F
• 2 outputs A+B+C and D+E+F (A+B+C is mixed into D+E+F if no jack is inserted in A+B+C)
• 3 jumpers to select normalization of inputs A to D, B to E, C to F (useful for stereo mixing)
• inputs are AC coupled
• there are solder jumpers for changing the inputs to DC coupling (than it can be used for mixing CV signals)
\