You can never have enough VCAs.

So far in our Basic Synth series, we’ve talked about oscillators and filters as we move towards the end of our journey down the audio path. There’s one final module in this category that I’d like to talk about which many consider it to be the breath and life of any system - the VCA (which stands for VOLTAGE-CONTROLLED AMPLIFIER).

The VCA is used for so many purposes within a modular patch that it would be impossible to mention them all. In their most basic function, they dynamically attenuate and amplify incoming signals. 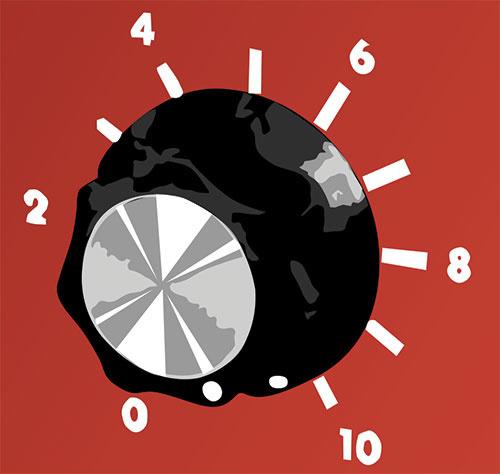 In keyboard synthesizers, VCAs are used to keep the oscillators from constantly droning - In the modular world, they are the ones that create silence between successive notes. In this context, the oscillator is the sound source, the filter controls the timbre or tone, and the VCA controls the amplitude or loudness.

As the old saying goes, “You can never have enough VCAs.”

Amplitude modulation is exactly what it sounds like, it’s the dynamic altering of signal amplitude. Amplitude can be modulated in two different ranges - control rate (by means of an envelope generator, LFO, or stepped voltage) and audio rate (by means of an oscillator or other sound source).

Amplitude modulation at audio rate is a whole different beast. Imagine dynamically altering the amplitude of an oscillator (called the carrier) with the waveform, frequency, and amplitude of another oscillator (called the modulator). This is actually multiplying two audio rate oscillators together. When patched with a VCA some leakage of the modulator signal is heard at the output, increasing the inharmonic quality of the final signal. When performed with a Ring Modulator, however, only the sum and difference frequencies of the carrier and modulator are heard, and the original frequencies are blocked from the final output.

We could do an entire post on amplitude modulation, so I’ll leave the rest of the discussion for another time!