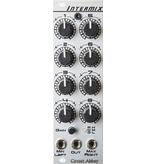 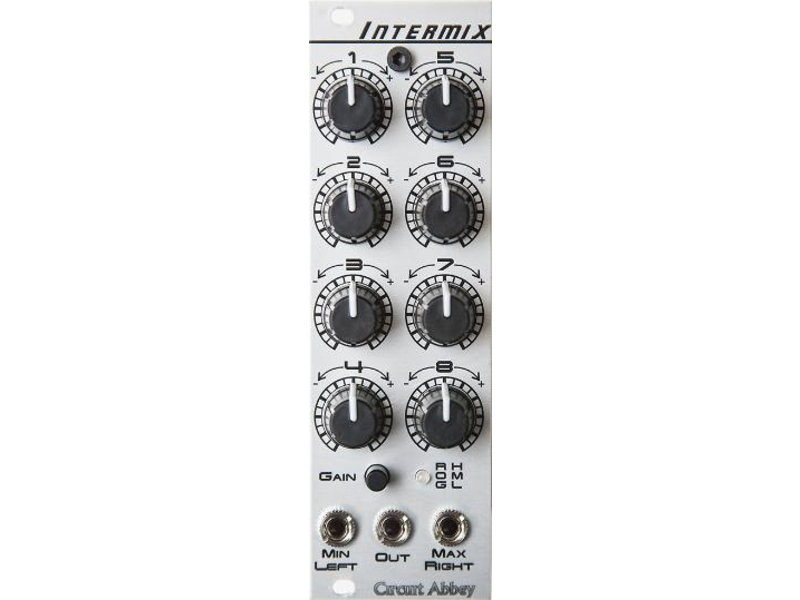 The Intermix has 8 attenuverting inputs that mix into one output. A gain switch changes the output level of all three outputs to match the use: high gain for opening a filter, or lower gain for setting pitch on a VCO. It opens up many new possibilities for the G8. For example, it can be used as a sequencer, or clock the G8 with a VCO and the Intermix becomes a waveform generator.

Multiple Intermixes can be chained together to produce multiple channels off of one G8. So you can do things like use one channel for pitch, a second channel for opening a filter, and a third for changing the tempo of the oscillator clocking the G8. There are 2 modes available. Both modes mix all 8 inputs into one output. The first mode has min and max outputs. The second mode has separate outputs for the left and right bank of knobs. This allows for two 4-output devices to be mixed separately.