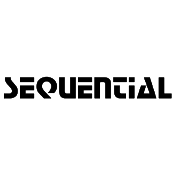 The OB-6® desktop module is just as powerful and easy to use as its counterpart, the OB-6 Keyboard. The module has all of the same controls as the keyboard version and provides the same immediacy and ease of use. As with the OB-6 Keyboard, all parameters are at your fingertips, with full-sized knobs and switches and a comfortable, intuitive layout.

How does it sound? Massive - just like the keyboard, because on the inside, it's exactly the same. The same analog signal path with discrete VCOs and VCFs. The same high-quality digital effects. The same classic Oberheim sound that has been earning raves from musicians around the world. We've also added a poly chain feature so that any two OB-6s can be paired for twelve-voice polyphony!

Both the OB-6 desktop module and OB-6 keyboard are a once-in-a-lifetime collaboration between the two most influential designers in poly synth history, Dave Smith and Tom Oberheim. The OB-6 takes the classic bold Tom Oberheim sound - with its true voltage-controlled oscillators, 2-pole filter, and amplifiers - and adds modern enhancements such as studio-quality effects, a polyphonic step sequencer, an arpeggiator, and more. No other modern analog poly synth can boast such a pedigree or such a massive, in-your-face sonic signature.