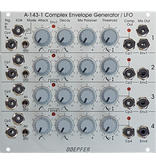 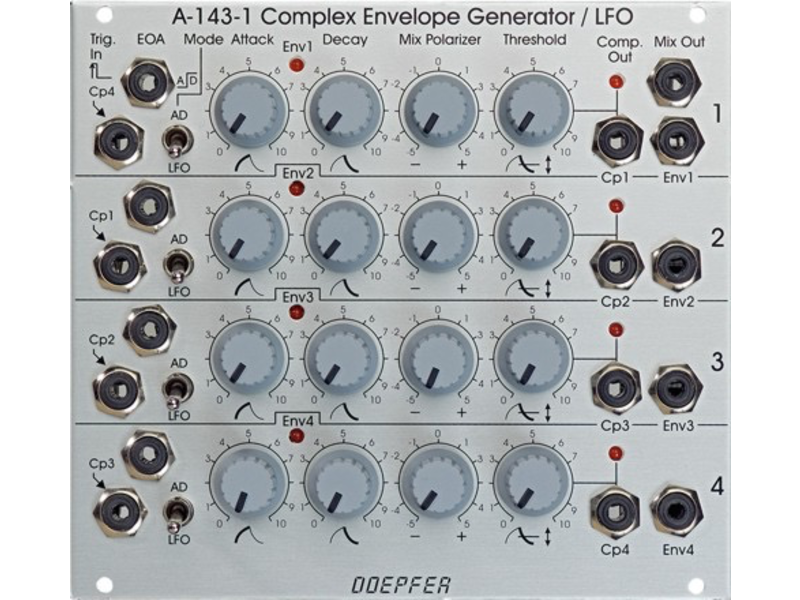 Module A-143-1 contains four separate attack/decay type envelope generators. Each unit can be switched into a free running mode (LFO mode). The slopes are exponential - in contrast to the linear slopes of a normal LFO, and the frequency is defined by both controls. The single AD outputs can be used to control VCAs or VCFs that open one after another corresponding to the AD signals (a little bit similar to the Shepard generator A-191). The default-connection between the four units (CPn = Trig.n+1) can be interrupted by patching cables into the trigger inputs. Consequently the four units can be used as separate AD generators or LFOs. In all cases the mix signal is available (e.g. mix of four AD generators or LFOs with adjustable level and sign).