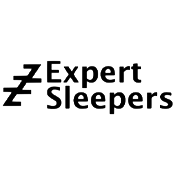 Functionally the mk2 is equivalent to the mk1. However, MIDI output is now guaranteed at all samples rates, for all receiving devices. (The mk1 was incompatible with some devices when running at 44.1kHz.)

The ESX-8MD is an expansion module for the ES-4, ES-40 or ES-5, adding eight MIDI/DINsync outputs from one expansion header.

The ES-4/5 Controller software (part of Expert Sleepers Silent Way) allows the ESX-8MD outputs to be used for MIDI output* (note - not just MIDI clock output, but as an actual MIDI port, capable of sending any MIDI messages). Since these outputs are driven from an audio connection, they have sample-accurate timing, which no USB MIDI interface can claim.

The Silent Way Sync plug-in would typically be used to send DINsync to the ESX-8MD, though any software capable of addressing the ES-4/5's expansion headers, via Silent Way or the Max/MSP external, can send clock pulses to it.