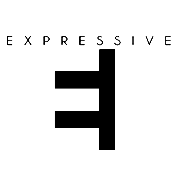 Touché SE (“Software Edition”) is a new instrument for adding expression, depth and musicality to software synthesizers and plug-ins. It responds to both the lightest and the most intense gestures, giving users immediate, intuitive control of their sounds. Musicians, producers and sound designers can unlock instant, real-time control of multiple parameters at once, creating complex and evolving new sounds using intuitive slides, taps and touches of the Touché SE control surface.
Touché SE shares the same build quality, patented mechanism and sound library as the classic Touché, refined with USB-only connectivity for software applications, and a new polycarbonate touch-plate. Expressive-E have expanded the sound library to include more than 200 factory sounds, pre-mapped to take full advantage of Touché SE's extensive control capabilities, as well as including more than 200 presets for third-party VST instruments.
Additionally, Touché's companion software Lié allows users to easily host and unlock the true potential of their third-party VST instrument library. Users can quickly map parameters to the Touché SE interface, creating sounds and performances with an expressive depth they may never have realized their software was capable of.

Touché (pronounced ‘ Too-shay' ) SE is a combination of a robust bus-powered USB hardware controller with patented multi-dimensional control plate mechanism - allowing the user to interact with software instruments using multiple axes of movement at once.

Touché SE, like Touché, features four degrees of movement (Push Top Down, Push Bottom Down, Shift Left, Shift Right). Users can map up to eight plug-in parameters to each axis of movement, and fine tune the range/degree of control per mapping, allowing one sweeping movement to cause massive timbral shifts over a huge range of parameters. As with any MIDI controller, users can record and replay these gestures with their DAW, and users can call up as many instances of the Lié software as their computer can handle.