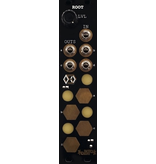 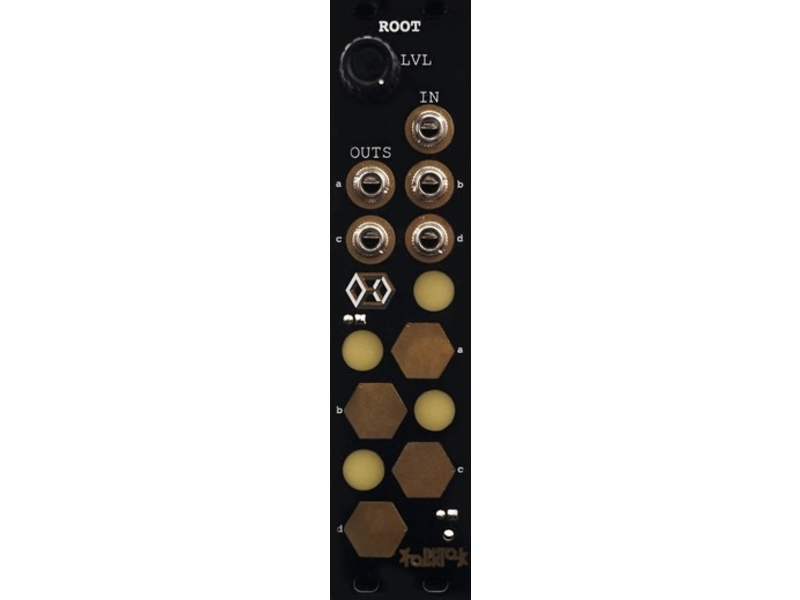 Touch Based Mute/Multiplier with Attenuation

Root, like our other utility modules is deceptively simple. It will become integral to your patch instantly and you'll probably consider that it would be handy to have two of them. It takes a single audio or cv input, adds attenuation, and routes to any or all of four outputs. The click-less, zero-loss outputs are selectable with the touch pad and the light indicates where the root signal is going.

There are several distinct and incredibly useful reasons for this module. If you have a single audio source which you'd like to route to any of 4 effects or paths, or split a signal to 2 stereo effect inputs, your single audio source can easily be routed as you like at the push of a button rather than plugging and unplugging. Attenuation is good for this because you can essentially fade your root sound instead of suddenly dropping it prior to selecting a new routing. Or route cv/gate/trigger and turn your parts on and off to add/subtract control from your composition. Using in conjunction with quiet is highly recommended.

In the Box
• The module itself