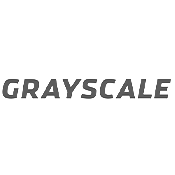 All other features of the original Clouds remain intact, including access to the alternate modes. Thanks to Olivier Gillet for making the original Clouds hardware and firmware available under open-source licenses. Third-party firmware such as Parasites (by Matthias Puech) and Beat Repeat (by Julius Kammerl) will be supported in future firmware updates after the initial release of the module.

Features
• Each of the Blend parameters have been separated into individual controls with their own CV inputs and inverting attenuators (attenuverters).
• A stereo output gain control has been added, providing an additional +6 dB of gain to compensate for low output levels when using certain parameter combinations.
• The inputs and outputs both have mute switches near their respective gain knobs.
• The complex process of changing the sampling time and managing presets has been simplified with dedicated switches and status LEDs.
• Extensive modulation options for the granular parameters including direct patching of external CV, distribution of one CV to all parameters via the AUX input, or an internal smooth random CV that is normalized to any unpatched inputs when AUX is also unpatched. The attenuverters control the modulation depth in all three cases.
• The inputs and outputs now include stereo VCAs and separate VU meters. The knobs act as offset controls when their respective VCA inputs are patched.
• Pitch is now controlled by two separate inputs: the V/Oct input is exponential and the Pitch input is linear. When both inputs are used, their voltages are summed.
• A manual Trig switch (for capturing individual grains) has been added, in addition to the Trig input that was present on Clouds.