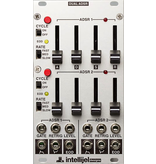 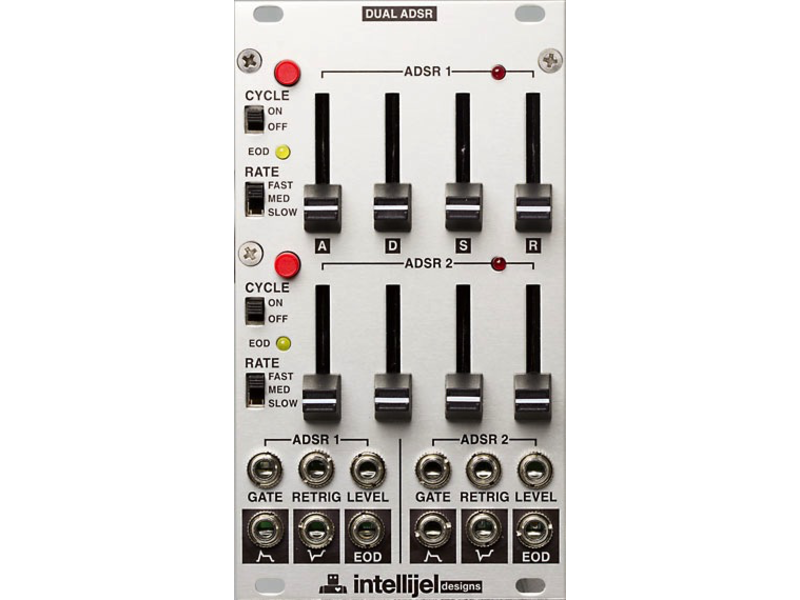 The circuit is based in part on the Roland SH-101 / System100m design with several enhancements.

Specifications
• Manual GATE buttons
• Three timing ranges: (1 second, 10second, 1minute A/D times)
• Normal and inverted outputs
• End of Decay (EOD) logic output
• Cycle mode (which GATE logic control)
• Retrig input (allows re-triggering of the envelope if source gate held high)
• Dynamic control of the envelope output level (each ADSR is routed through a linear VCA and the control is normalled to +5V via the LEVEL jack. You can patch another control source like an LFO or VELOCITY level from a keyboard to this jack