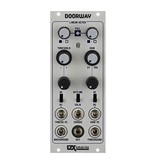 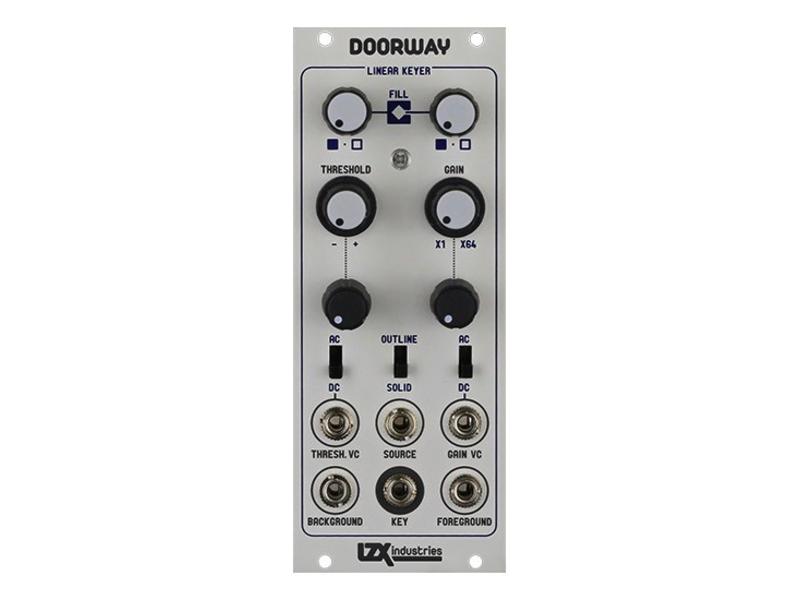 Doorway is a linear video key generator and compositor, also known as a soft keyer. A typical video key is generated using a comparator circuit, where the ouput is a binary state: on or off. Doorway instead achieves key generation via high gain amplification and clipping of the input source. The edge of the resulting key is therefore composed of a variable percentage of the input signal, centered around the threshold point.

Features
• Voltage controlled threshold across the full input range. Video rate modulation paths allow displacement of the threshold by another shape or image source.
• Voltage controlled gain amplifies input signal up to a gain of X64, enabling a continuous sweep from fully soft to fully hard edge.
• Foreground and background level controls and signal inputs allow the negative and positive space of the resulting key to be set to any grayscale level, or be filled with external signals. This aids the compositing of multiple shapes and patterns.
• Outline mode switches a full wave rectifier into the signal path. In this mode, gain controls the width of the outline rather than the softness of the key's edge.
• AC/DC input coupling switches and inverting level attenuators on voltage control inputs.