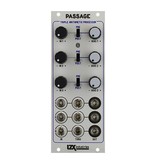 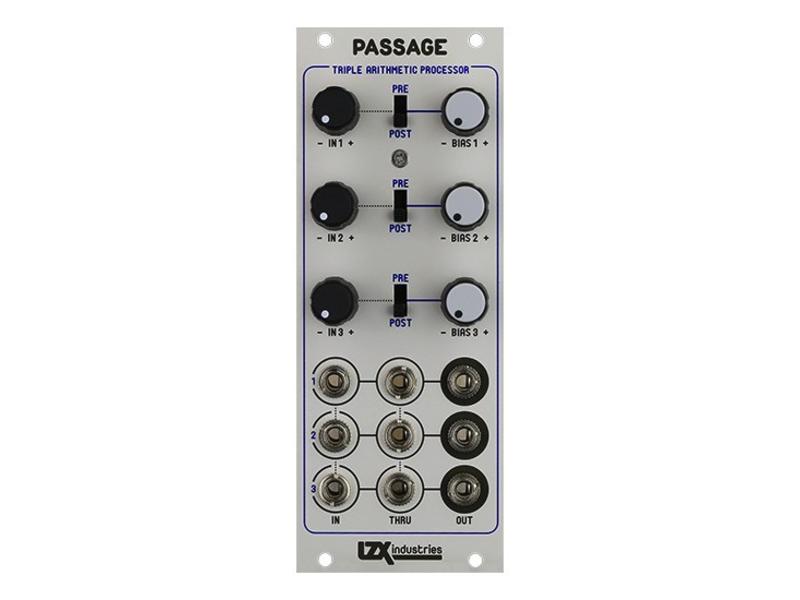 Passage is a triple channel wideband signal mixer and voltage processor. The signal path is suitable for mixing any type of signal, including video, audio and low frequency sources. This module is ideal for expanding the number of CV inputs on any video synthesis module, allowing two modulation voltages to be summed together before being passed to their destination. Given the triple input cascading structure, it is also suited for RGB processing or simple mixing of monochromatic components into full color.

Features
• Bias controls can be applied before or after attenuator/inversion controls, allowing bipolar conversion of a modulating signal.
• Two inputs, one attenuation/inversion control and one +/-1.25V bias control per channel.
• Full high speed video rate signal paths throughout.