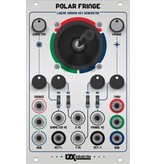 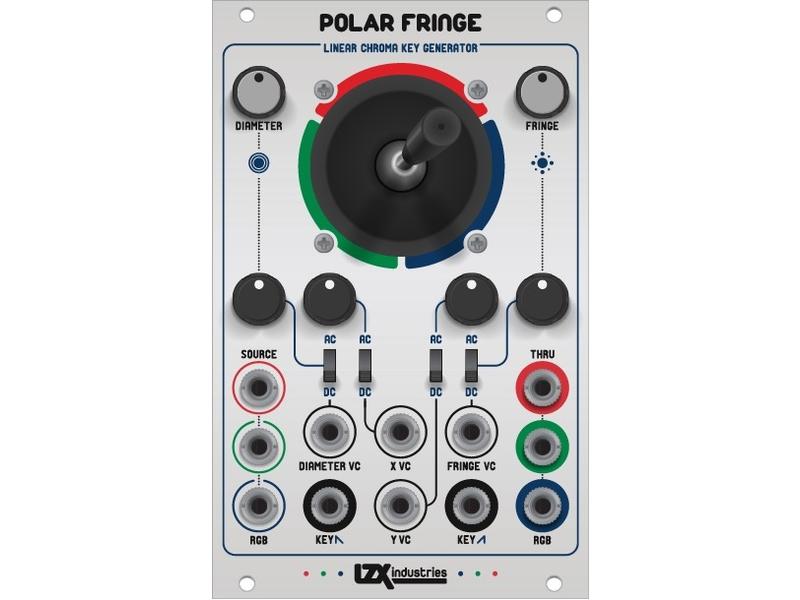 Polar Fringe is an analog chroma key generator with a continuously variable soft edge surrounding its location the colorspace. With wide bandwidth voltage control over all four parameters, it's hard to draw the line hard line between chroma keyer, a complex 2D processor, or even a de-colorizer. Welcome to the fringe.

Features
• Quad Soft Keyers & Analog Logic. In the heart of Polar Fringe are four wide bandwidth, linear soft keyers capable of voltage controlled edge widths and threshold modulation. The four keys are combined with video rate analogue logic to produce Polar Fringe's chroma key.
• 2-Axis Colorspace Joystick. The joystick in the center of the module selects a value within the chrominance of the input RGB image, after its conversion to a 2D colorspace.
• Video Rate Voltage Control. All parameters have dedicated modulation inputs up to video rate. With this arrangement, endless experimentation is possible -- for example, using a wipe as modulation could shift the selected chroma key color from blue to green as a gradient across the same image.