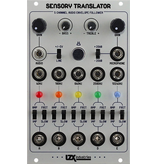 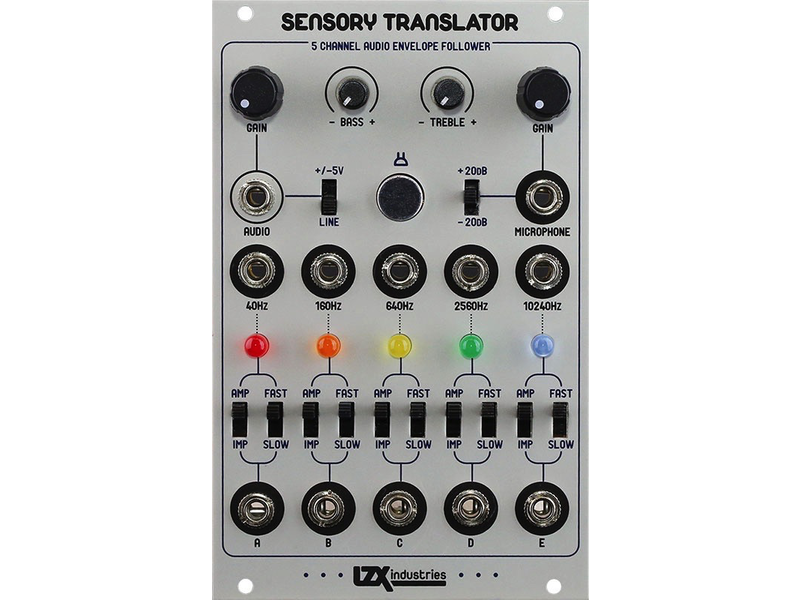 Sensory Translator is an audio-to-video interface module designed to generate a variety of visually rich animation control signals. The audio input and internal microphone are mixed together and processed by Bass and Treble tone controls before being fed into a bank of five 4-pole Band Pass Filters. These bandpass filter outputs are then processed by individual envelope followers.

Each envelope follower has 3 decay speeds, as well as an Impulse mode for beat-to-trigger extraction. All signal paths and control ranges are compatible with standard EuroRack audio module signal ranges, so this module is equally at home in an audio synthesis system.