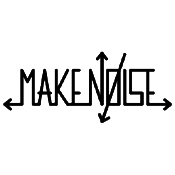 Pressure Points is a controller module, an analog sequencer that is played by hand. Touching the gold plated copper wires (aka Touch Plates), you become part of the circuit, generating a gate signal (Gate OUT), a control signal proportional to the amount of pressure applied (Press OUT) and the 3 Tuned Voltages for the activated Stage.

Features
• The Gate signals may be used to turn portions of a patch ON/ OFF, generate Timing Events within a patch or to Trigger a Function Generator such as MATHS
• The PRESSure signals may be used to add expression to a patch by varying Pitch or Timbre in real-time, based upon the artist's input
• The Tuned Voltages may be used to play the Pitch of a sound in a traditional melodic fashion, Program Chords or Timbral shifts (aka Presets)
• Up to 6 may be CHAINed together (using CHAIN Cable), to create controllers of varying size and complexity
• All outputs are capable of driving a passive 4 way mult without loading effects (no buffered mult needed)
• Expansion port allows for sequential control via the BRAINS expander module