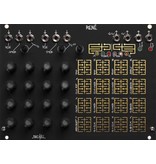 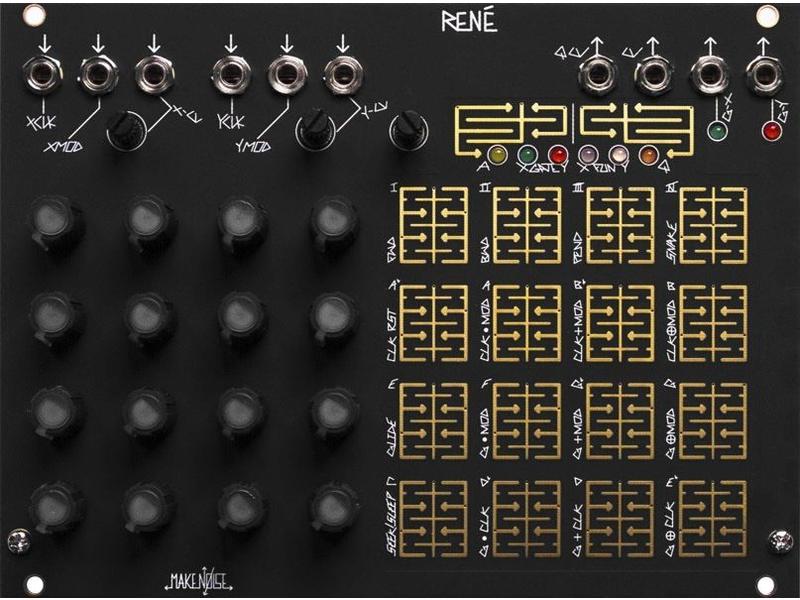 René is the world's only Cartesian Sequencer for music synthesizers. Named for the French philosopher & mathematician René Descartes, it uses his Cartesian coordinate system to unlock the analog step sequencer from the shackles of linearity.

Features
• Maximum amount of artist controlled musical variation, derived from minimum amount of data input
• ALL programming done real-time, programming of René is a key performance element
• Up to 4 clock inputs and 2 CV inputs may be used simultaneously to achieve complex, musical patterns
• 1 Quantized Voltage Out (forced to programmed musical scales) useful for controlling pitch on DPO
• 1 non-quantized voltage out, useful for controlling timbre or pitch throughout the system
• 2 gate/ pulse streams, useful for generating Timing Events within a patch or to Trigger an Function Generator such as MATHS 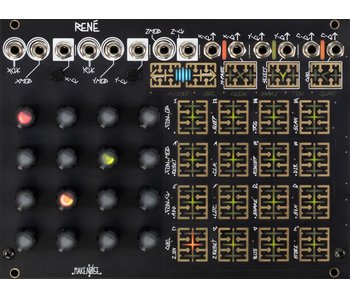