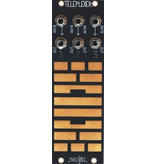 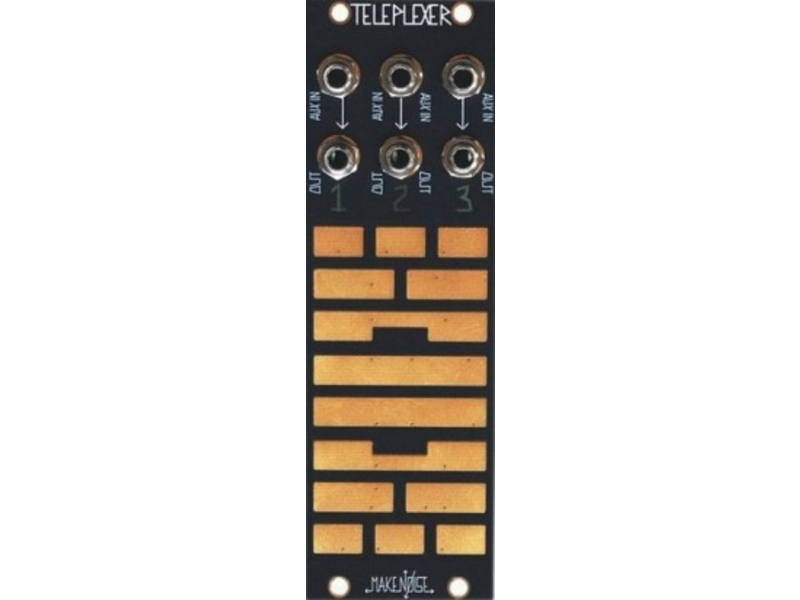 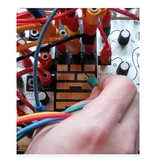 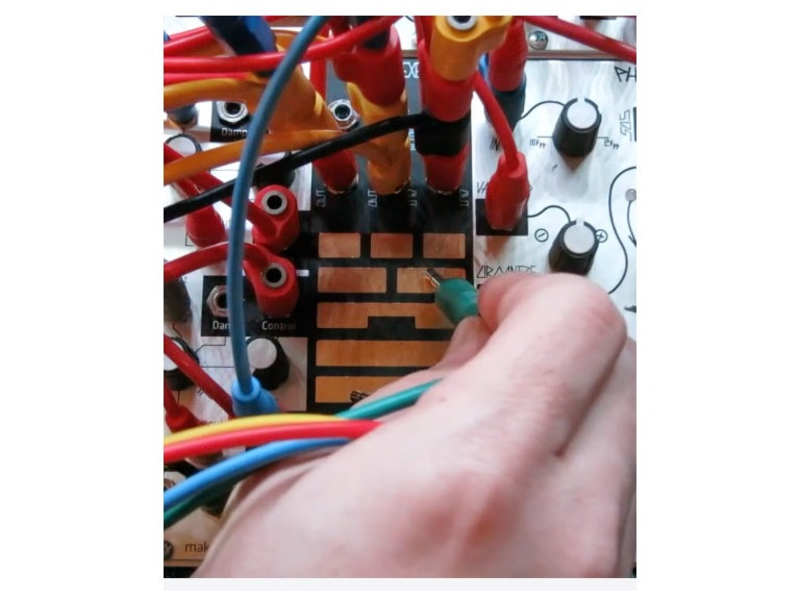 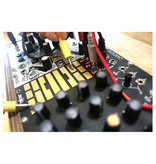 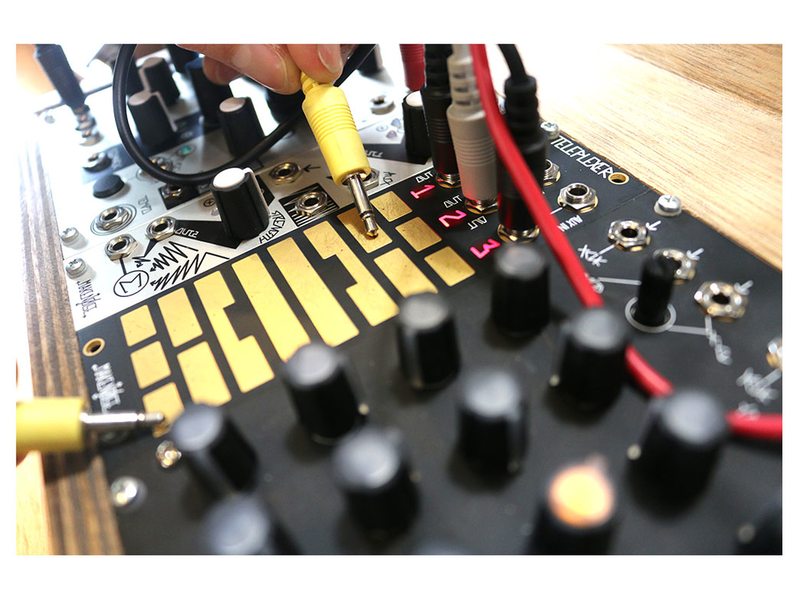 The Teleplexer applies the fast, physically immediate techniques of telegraphy to playing the modular synthesizer. The user patches any number of control sources leaving the destination end of patch cables un-connected. Destinations are patched to the outputs of the Teleplexer. Touching the tip of any patch cable carrying a source signal to the surface of the Teleplexer creates a momentary connection. The user determines the destination(s) and polarity of signal by touching the patch cable to any one of the 14 metal plates.

As the building blocks of synthesis are a by-product of communications technologies, why not look to telegraphy for inspiration? The speed and agility telegraph operators displayed relaying life-altering messages across the world was staggering toward some form of future musical genius.