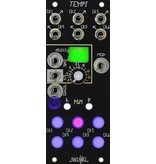 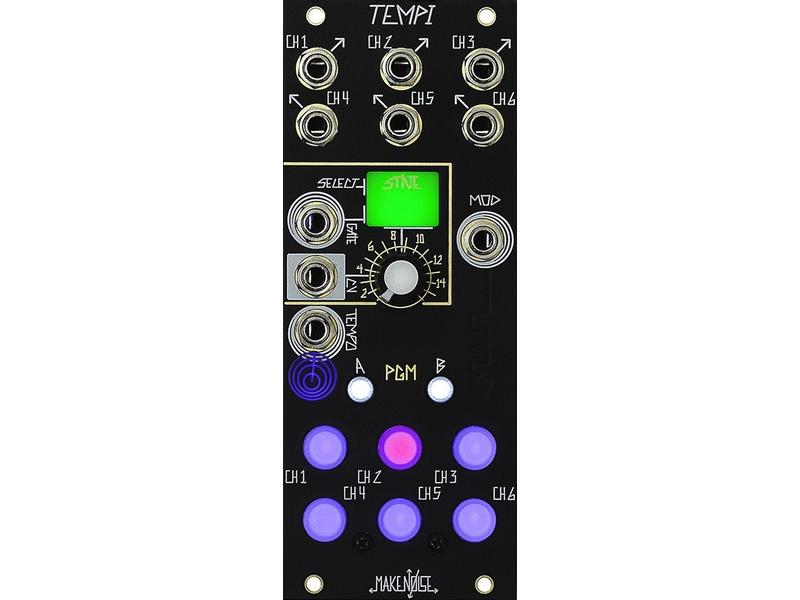 TEMPI is a 6 CHannel, polyphonic time-shifting clock module. It provides an intuitive method for creation and recall of complex clocking arrangements within a modular synthesizer system. Using HUMAN and/ or MACHINE programming you could re-create most classic Clock Divider and Multiplier arrangements and then continue on to create new ones. Store up to 64 for later recall and Select them using control signals from within your system or the Select Bus.