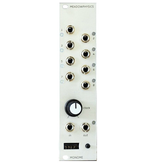 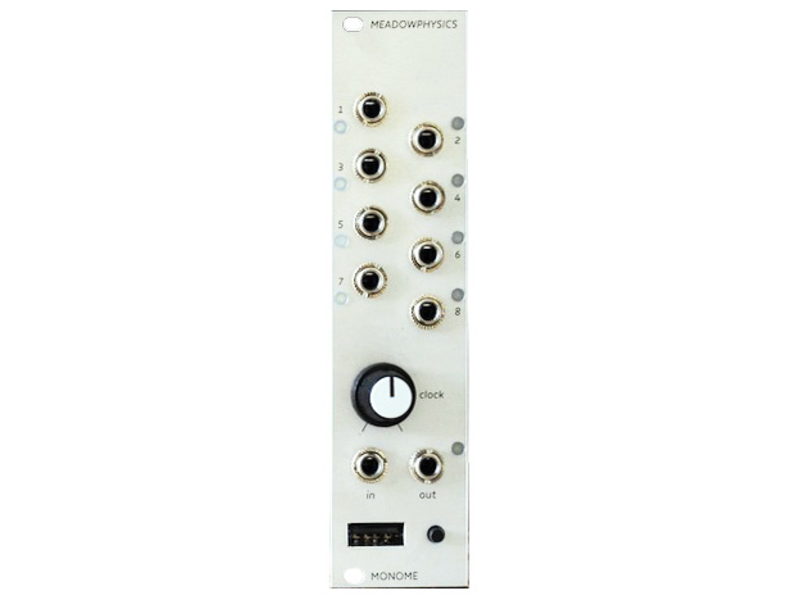 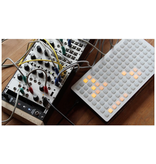 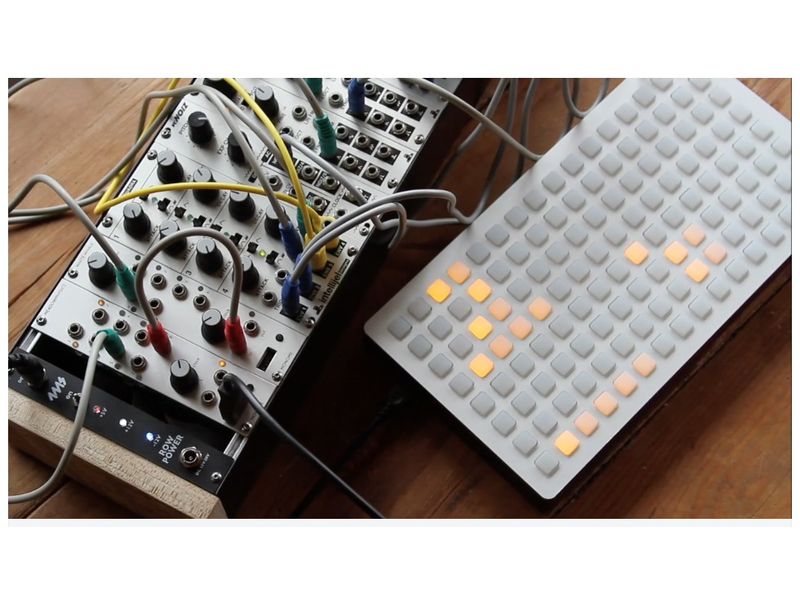 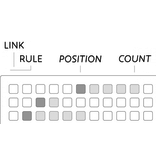 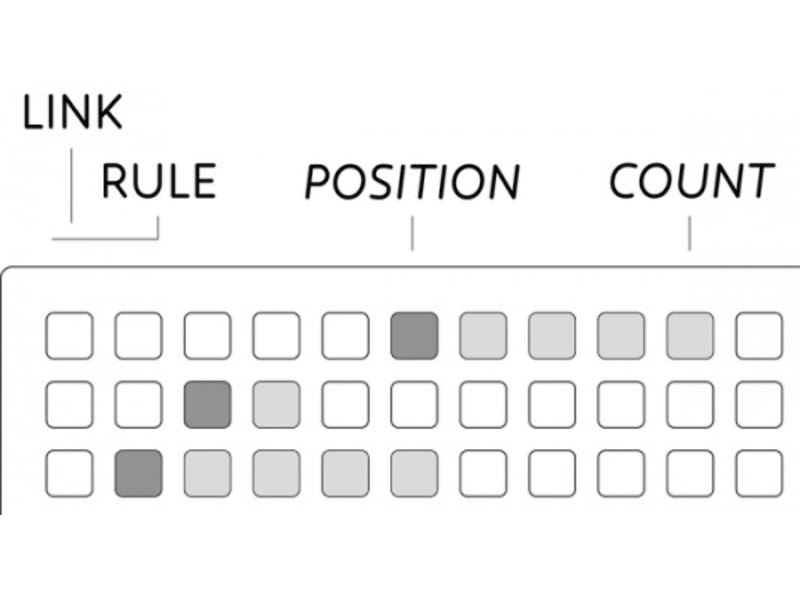 Meadowphysics facilitates the exploration of polyrhythms and rule-based sequencing, producing a wide range of emergent patterns.

As the second module in the grid-based eurorack series, this module highlights the ability to swap the grid between modules rapidly, patching the USB cable much like a 3.5mm cable. This module can be used in conjunction with White Whale using a single grid gracefully. The foundation of Meadowphysics is an incoming clock which can be internal or external. Seven additional counters can be cross-assigned with this clock to count down an assignable number of counts, which is the primary interface on the grid. When a counter reaches zero, the corresponding output is triggered on the panel. Given a flexible assignment method, very complicated long-form mutating polyrhythms can be created intuitively.

In addition a series of “rules” can be applied at the zero count of each counter. The count length can be reassigned-- incremented/decremented, randomized, reset to last value, etc. A counter can have a rule assigned to change another counter's behavior. In this way long evolving patterns emerge. Very simply falling rhythms can also be accomplished in a very straightforward manner.

In the Box
• The module itself
• Printed reference guide
• Eurorack Cable

** Power:
WARNING: If you disregard power requirements you may overheat and destroy your power supply and potentially damage other modules or the monome grid in the process. Please contact us or Monome if you need help sorting out your power situation.

Monome grids require a large amount of 5v power, which may not be typically available on all eurorack systems. Be sure to check the ratings of the power supply to be used.

Furthermore, eurorack power systems are not well designed for dynamic power loading. undesirable anomalies may be introduced in certain eurorack configurations when shared with a grid controller. Monome has designed a small breakout adapter the ext5v to separately power the grid controller. If this adapter is used, very little 5v will be used from the eurorack power supply (but note that it is still required). The adapter requires a separate 5v supply which delivers at least 1a on a 2.1mm center positive plug, which is included.