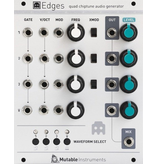 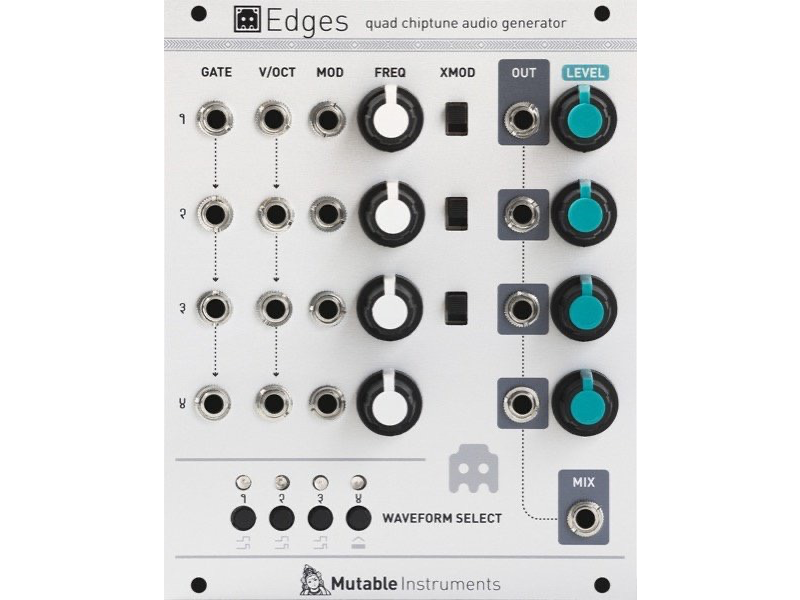 Edges is a module strictly focused on the straight lines, sharp edges, and clinical harsh modulations of digital logic. Its architecture is loosely based on classic 8-bit console soundchips, providing 4 simple voltage-controlled voices. Each voice consists of a digital oscillator with two pitch CV inputs and a coarse pitch knob, with a gate input allowing the voice to be turned on/off without the need for an external VCA. The 4 channels are sent to an onboard mixer - making Edges easy to use for chord generation or heavy drone synthesis applications.

The first 3 channels are square/pulse digital oscillators, generated by subdivisions of a 4 MHz clock. 5 preset duty cycles settings are available from 50% to 95%. In addition, channel 4?s CV input can be used as a PWM CV for channels 1 to 3, with a 120° dephasing between each channel.

Channel 2 can be hardsynced to channel 1. Channel 2 and 3 are also equipped with a XOR ring-modulator, blending their harmonics with those of Channel 1.