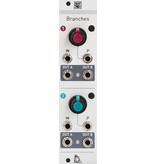 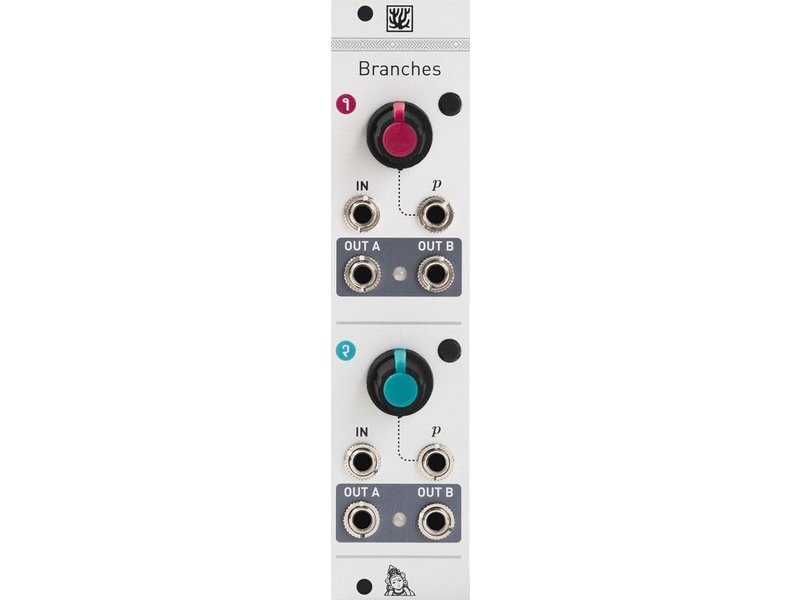 A Bernoulli gate takes a logic signal (trigger or gate) as an input, and routes it to either of its two outputs according to a random coin toss. The knob controls how fair the coin toss is - with the knob in minimal position, the first output always win, with the knob in maximal position the second output always wins - with random fun in-between. And obviously, this bias is CV-controllable!

Branches packs two such gates in a small 6-HP panel. Get a sequencer to randomly skip steps, randomize drum patterns, dispatch events from a sequence to two subpatches, or patch a monster modular Pachinko machin.