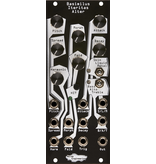 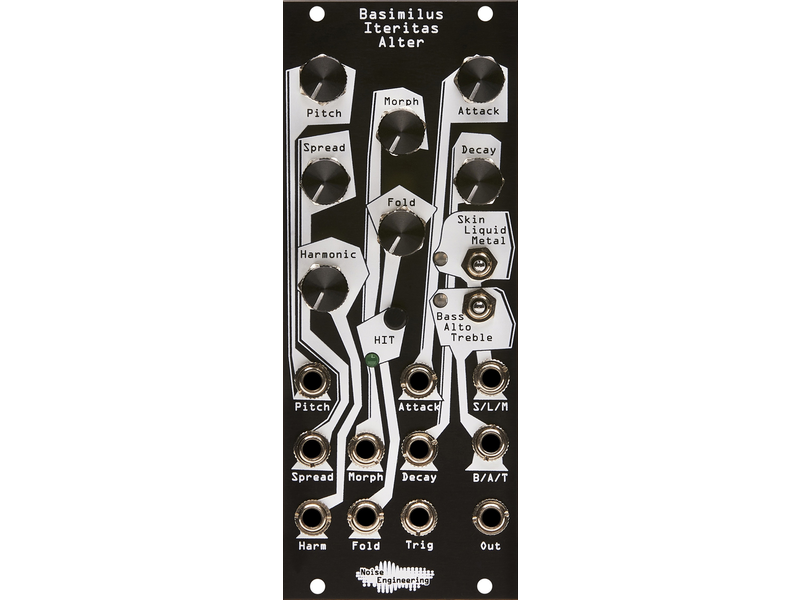 Basimilus Iteritas Alter is a parameterized digital drum synthesizer with its roots in the analog world. At its heart, it is a simple six-oscillator additive synthesizer with adjustable waveform, harmonic spread and decay. Adjustable attack including a noise oscillator is also included. These are summed and fed into an infinifolder for crunch and variety.

Basimilus Iteritas Alter is an improved version of Basimilus Iteritas. It is 2HP smaller, includes CV of switches, adds an third mode, and pitch range and knobs know offset rather than attenuate.