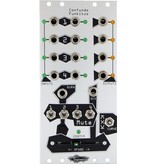 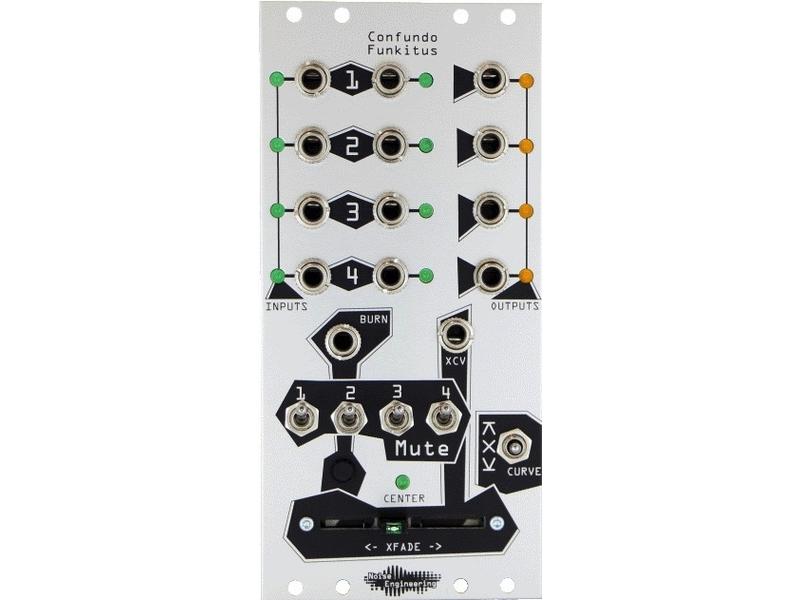 Confundo Funkitus crossfades between two sets of four rhythms using probability. Three different probability curves can be selected to control the behavior of the crossfader. Per-part switch mutes are included with live performance in mind.