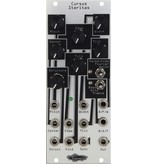 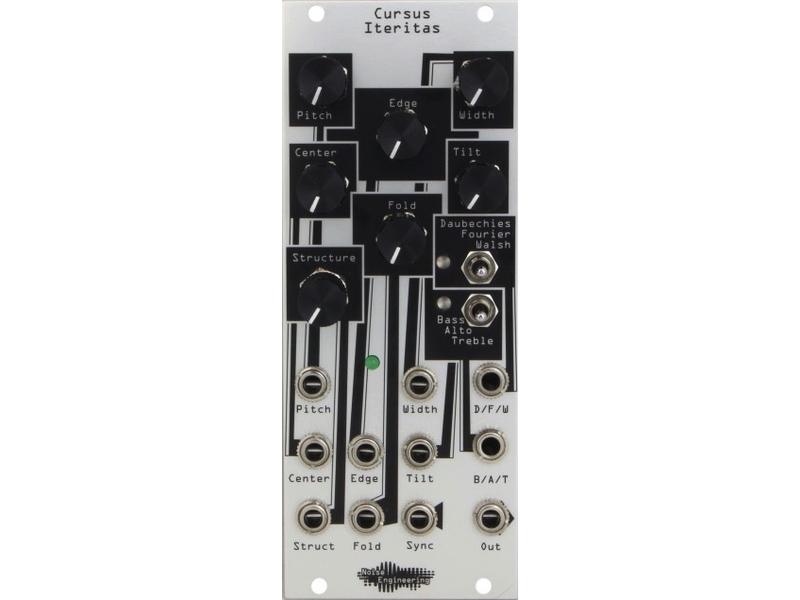 Cursus Iteritas is an oscillator that works from a dynamically generated wavetable. It gives the user spectral-like controls over three different modes based on different conceptualizations of frequency: Fourier, which uses sine waves; Daubechies, using wavelets, and Walsh mode, using the Walsh transform. Cursus Iteritas parametrizes a wide variety of sounds, but because the sounds are all based off of orthogonal functions, it has a musical tone structure and can produce an extremely wide variety of harmonic sounds.

Features
• 1v/8va pitch control
• Center selects the center harmonic used to build the wavetable.
• Structure allows selection of harmonics included in the output. In the center position, all harmonics are included. Fully left only even harmonics; fully right, only odd.
• Edge controls the oversampling filter of the wavetable. As this is turned to the right, it will add musical overtones.
• Fold
• Width
• Tilt
• Sync
• Mode