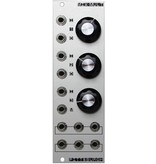 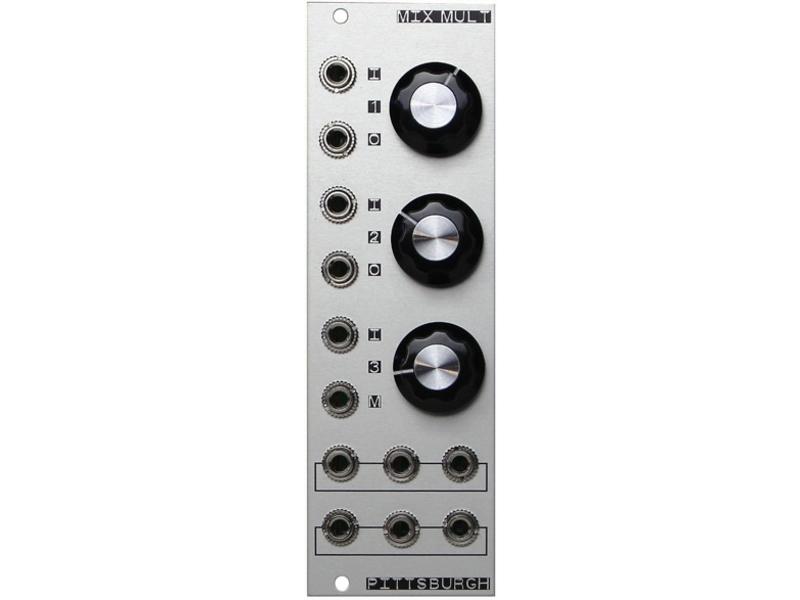 The Mix Mult is a multifunction utility module. The module combines three important functions into a single module. A high quality three channel mixer and/or attenuator and two sets of passive multiples.

The mixer/attenuator section functions as a flexible, low-noise three channel mixer and/or attenuator for audio and CV that can be used in several ways. Patching into the output of channel 1 or 2 will remove that channel from the mixer circuit and turn the channel into an independent passive signal attenuator. Channel 3 can not be removed from the mixer circuit, however if channel 1 and 2 are all being used as attenuators, channel 3 is the only input remaining in the mixer allowing it to be used as a buffered attenuator. The mixer knobs are wired with a logarithmic volume curve that is tuned for use with audio but it will work with CV as well.

The bottom of the module contains two sets of passive multiples. Patching a signal into one of the multiple jacks will split the signal to the remaining two jacks. allowing a single audio or CV signal to be used in two places at once.