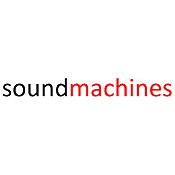 The LS1 is a capacitive technology slider that will generate CV and GATE signals along with the movement of your finger on its surface.

LIVE Mode
Each time your fingers touches the slider surface a voltage is sent out the CV jack and the relevant GATE signal is also put out. Pair this with a quantizer and, you know..... The LEDs on the side of the slider will light up as the voltage output changes.

HOLD Mode
Without having your finger on the slider, press the rec/mode capacitive buttton. The rec/mode LED will light solid. Same as above but the CV value is held when you whitdraw your finger. Instant control surface for VCFs, VCAs and any other CV controllable stuff in your modular! Tap on the rec/mode again to back up to LIVE mode! The LEDs on the side of the slider will light up as the voltage output changes.

REC Mode
When you have your finger (steady or moving)already on the slider, by pressing the rec/mode capacitive button you START recording the movements on the slider. When you stop pressing the button (or you exceeds 8 seconds) the output will start ‘playing' in loop what you recorded. The LED on the rec/mode button will blink fast during the recording and slower during the playback phase. If you operate again on the slider the output will be overridden with you physical intervention but the ‘timing' won't be lost. To end the PLAY phase just tap on the rec/mode button again. The LEDs on the side of the slider will light up as the voltage output changes.