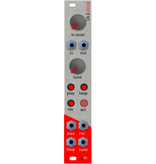 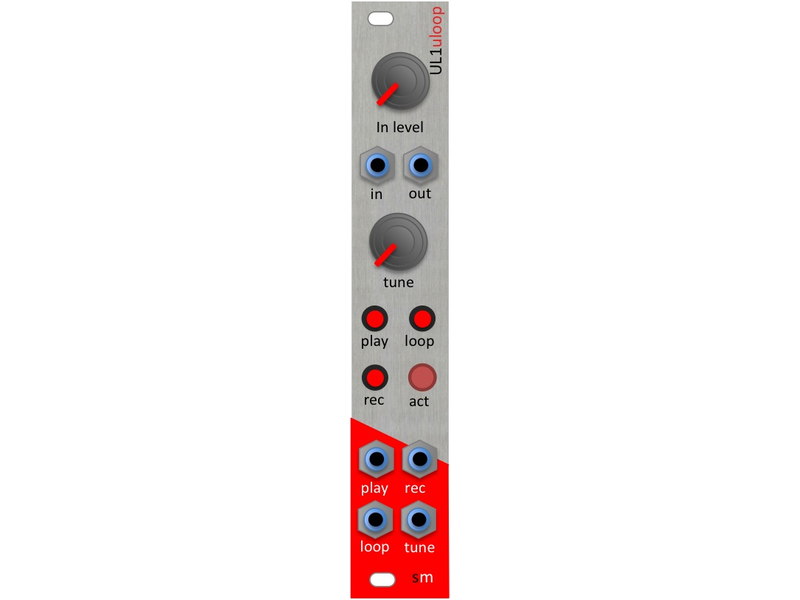 UL1uloop is a low-fi, gritty, hissy and fun 4hp microsampler/looper. The core is based around a single chip solution designed for low-fidelity consumer-grade gadgets, voice recorders and toys. A microcontroller drives the chip following the user's commands and takes into account some quirks and odds that the manufacturer left in the device.

One of the characterising aspects of the module is its width. It's just 4hp and it can fits in the same space of a multiple, an attenuator or right in the hole that is left on your case! It's also quite shallow, at 35mm, and it will sit happily also in your skiff!

A recording mode, two modes of playing the sample (either accessible via buttons or trigger signals), an input attenuator and a pot and a cv input for setting the sample rate. Those are the user interface elements to play with.