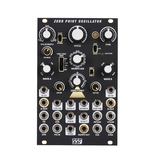 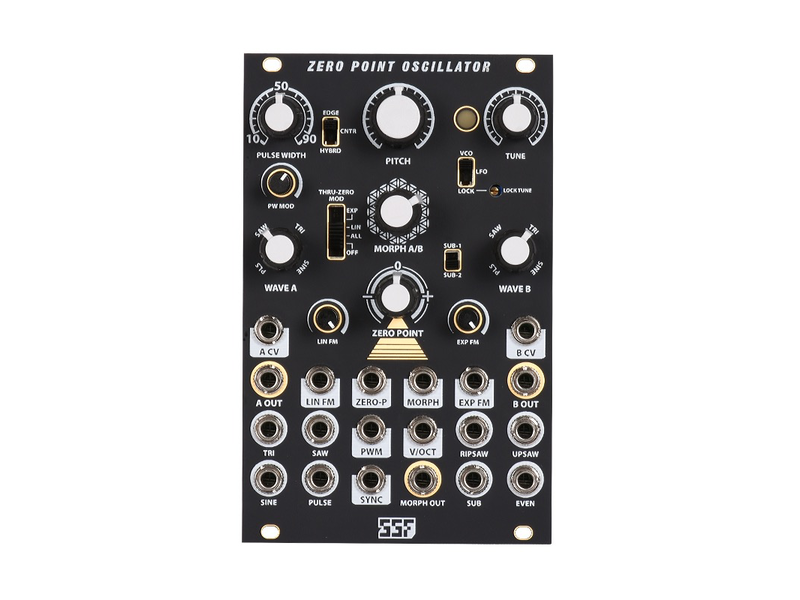 The Zero Point Oscillator is not your typical analog VCO or even your standard Thru-Zero FM VCO for that matter. The core of the ZPO was developed through countless hours of experimentation involving Through-Zero modulation techniques. The ZPO's modulation section is a hybrid involving both TZFM (frequency modulation) and TZAM (amplitude modulation). Coupling these two techniques substantially expands the performance and tonal shaping possibilities, beyond traditional TZFM. The results are more stable and balanced across the modulation bandwidth and both TZFM and TZAM can function together or independently, and anywhere in between. The ZPO utilizes a new technique involving a tuned TZ Amplifier to accomplish this task. When applying audio rate modulation, the effect is indistinguishable from traditional TZFM with a number of added benefits, including but not limited to, more increased modulation stability, wider range of usable modulation rates, and a much broader range of tonal possibilities using the Zero Point Control.

Dynamic depth implies that the modulation source amount be varied over time. This is desired on TZ VCOs because it produces a more natural FM effect when synthesizing metallic and bell-type sounds, for instance, and more expressive modulation in general. In addition to the 8 direct waveform outputs on the ZPO, two more variable wave-shape outputs are provided on either side of the module. These outputs with associated Control and CV inputs are independent but identical feature-wise. Through development of the ZPO and in use, we found that the crossover from TRI to SINE on the WAVE A/B outputs was a bit underwhelming in itself and when creating even more complex wave-shapes using the MORPH control (described below). Simply stated, Inverted SINE produces more interesting subtractive wave-shapes and vibrato/tremolo effects when mixed with the other wave forms.

MORPH is the focal point of the wave-shaping functions of the ZPO and works in conjunction with the WAVE A/B controls. Morph offers a finer and wider control over waveform mixing and allows any of the wave shapes selected by WAVE A/B to be morphed together in various degrees. This will have a major effect on harmonic content as a wide variety of atypical wave shapes can be created.