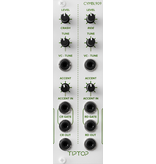 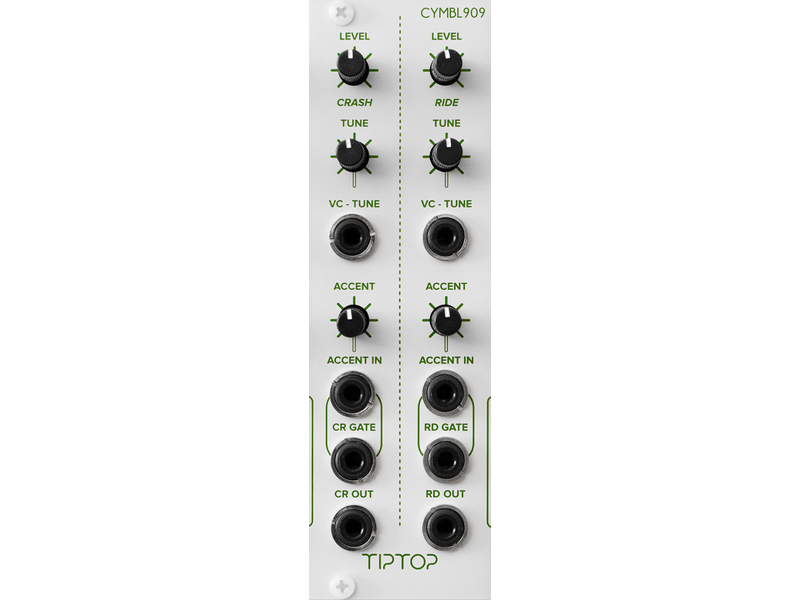 CYMBL909 is a dual voice module containing the TR-909's original Crash and Ride circuits adapted for use in Eurorack modular synthesizer format and was tested to sound like a fresh machine coming out of the assembly line back in the 80s.  On top of the original, we have added some great new features that expand the sound palette of what can be produced with these two voice circuits.

The original circuits use a combination of low-fi 6-bit sound samples that pass through a series of analog elements that provide envelope and filtering to the source sound. The CYMBL909 module adds manual and voltage control of the sample's analog tuning section creating tones which range from heavy industrial at the low end, to the original crash/ride sound at the mid range, and bright hats like sounds at the top end.  Modulating the Tune with an Envelope, CV sequencer or LFO makes interesting sound bending effects, which can be applied either in or out of sync with the triggering of the sounds.

Just like the other drums in this series, the CYMBL909 high-powered output gain stage allows you to further enhance the sound through distortion and clipping. Tiptop Audio also designed a dual pulse-shaper circuit on each gate input so you can trigger your CYMBL909 with Trigger/Gate signals from step sequencers, clock dividers, or any other pulse/clock sources.

Outputs
• Crash Out
• Ride Out 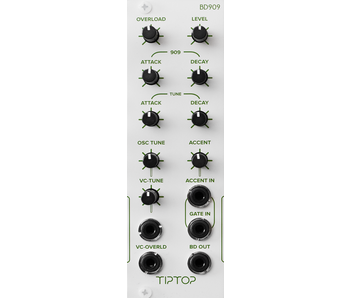 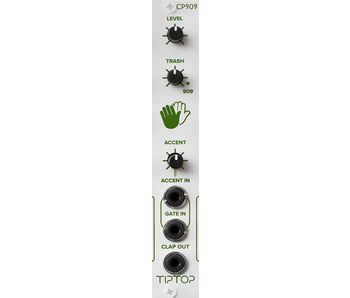 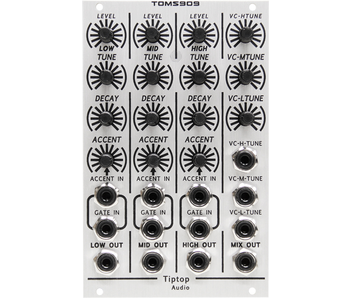