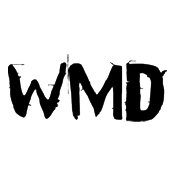 Features/Specs
• Two sets of inputs for each stereo channel that can be selected or summed via the 3-way toggle switch
• More than 30dB of gain over each channel lets you use external sources such as consumer audio equipment, not just modular signals
• CV over Gain, Level, Pan, and the Aux send for both channels
• Channels can be muted with PM Mutes expander as well as included in the Cue Mix
* Cannot be used independently of the Performance Mixer
* Only one PM Channels may be added to a Performance Mixer