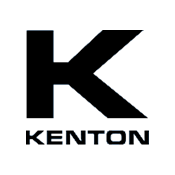 Your USB device is plugged into the MIDI USB Host mk3 instead of into a computer. It provides MIDI In & Out sockets for USB MIDI keyboards and controllers which have only a USB B type socket. For example, used with a USB-Solo, it allows the USB-Solo to be used in a standard MIDI setup, just like a Pro-Solo. It has a USB Host port (USB A type socket), a MIDI In and a MIDI Out (both 5 pin DIN).

The MIDI USB Host mk3 now has additional features. In addition to the standard operating mode, there are now two further modes.

MIDI IN does not go to USB device but instead is merged with MIDI data coming from the USB device which is then sent to the MIDI Out socket.

The modes are selected sequentially by pressing the recessed push button – the LED colour indicating which mode is current.

The attached USB MIDI device MUST be ‘Class Compliant’.