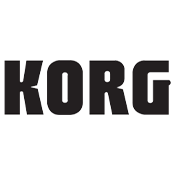 Back To The Future

Back To The Future

The miniKORG 700 was KORG’s first mass-produced monophonic synthesizer released in 1973 at a time when the form of synthesizers as musical instruments had not been fully established. After a lot of experimentation the miniKORG 700 arrived bringing the world of synthesizers to a wide group of users by offering simple operations that could producing extreme changes in sound, and was championed by a strong base of admiring musicians.

Why revive the miniKORG 700 now?

The real beauty and awesomeness of the sounds produced by the miniKORG 700 could not be realized through analog modeling technology that uses computational integrated circuitry such as DSPs and other devices to model analog circuitry. And although KORG continues to produce analog synthesizers such as the prologue, the minilogue and many others, Korg recognized that these instruments owe their existence to the miniKORG 700.

While theoretical know how is important when designing analog circuitry, deep experience is also required to understand what the results will actually be once the circuitry is completed. Ten years have passed since the monotron, a next-generation analog product from 2010 was developed by young KORG engineers and analog enthusiasts. It took some time for the full vision of these engineers to be explored and delivered but at last we’ve finally arrived – at the start.

Our wish is for customers to experience the beauty and awesomeness of the authentic analog sound through the miniKORG 700FS designed by the KORG analog engineers under the supervision of Fumio Mieda, who designed the original circuitry, ensuring that the elements that go beyond the circuit schematics would be faithfully represented.

The possibilities as a sub keyboard

The miniKORG 700 came about as a sub keyboard that players would set atop their organs (frequently used in the 1970s) to augment the organ’s sound palette. Nowadays, the beautiful lead synth sound of the miniKORG 700FS works well with stage keyboards such as or electric pianos, organs and so on.

The controls on the miniKORG 700 were laid out below its keys in a row, so that players who set the instrument on top of their organ would find them easy to access. Even today, this layout is intuitive and easy to understand, with a unique look that no other instrument offers.

Functionality added to the original

When the miniKORG 700 was originally released, electronic components were larger in size, limiting its functionality due to the small space inside. Thanks to changes in technology, we now have more space to add a spring reverb effect as well as a joystick for pitch bend and modulation. The new version also features aftertouch for added expressiveness, as well as important features an arpeggiator, USB port, MIDI IN connector and a CV/GATE IN jack.

They've also added a memory program button, so there’s no need for players to write down the positions of the knobs and levers to recreate their favorite sounds.

The most characteristic feature of the miniKORG 700, the Traveler controller consisted of two sliders situated below the keyboard. With these controls, players could adjust the cutoff frequency, with the upper lever controlling the low-pass filter and the lower lever controlling the high-pass filter. This gave players the freedom to adjust the expressive character of the sound according to the position of the levers. By moving the levers to the left and right while playing the keys, wah-wah and muted sounds could be created along with the iconic “traveling” sound.

Since the sound passing through the filter has a lower cutoff frequency and higher cutoff frequency than the frequencies set by the sliders, all frequencies are filtered and thus no sound is heard when the positions of the two sliders are inverted. In other words, making the two sliders cross would in theory produce no sound. To deal with this, the original miniKORG 700 featured protrusions on the sliders so that they could not physically cross.

The good and bad thing about this was that analog circuitry was being used. In the past and even today, it’s impossible to design a filter with perfect characteristics. During the time that the miniKORG 700 was sold, some players would shave off the protrusions on the levers so that they could make the levers cross, in an attempt to create new sounds. In fact, some models sold internationally did not even have the protrusions to begin with.

The miniKORG 700FS also does not have the protrusions, and players can adjust the settings as they wish in order to get that iconic sound from the past.

The miniKORG 700 was a single-oscillator mono synth. One year later 1974, the miniKORG 700S was released with more space added to the left of the keyboard for a controller. A second oscillator, ring modulator and other features were also added. The FS model Korg is now releasing is a revival of the 700S with its expanded functionality, and includes two oscillators that bring you the added enjoyment of powerful detuning and thick, penetrating lead synth sounds.

Includes a hard case made especially for the miniKORG 700FS

To commemorate the revival of the miniKORG after nearly half a century, they are including a hard case with our limited edition miniKORG 700FS, designed especially for this product.

The miniKORG 700FS comes with a diverse variety of music software including Izotope (featuring “Ozone Elements” which lets you not only create songs but also master them using AI), “Skoove” which will help you improve your keyboard playing skills, “Reason Lite” DAW software, as well as a wide range of software synths from KORG and other developers.

In other words, the moment you get your hands on the miniKORG 700FS you'll have a variety of tools to help you take your music to the next level.