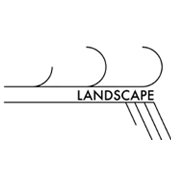 *Note: DIY kit does require some surface mount soldering but due to it’s simplicity can also be a good intro to surface mount. The parts are pretty small however (size 0805) and do require tweezers.

Soundwich is a device based on the sound of tact switches, hardware and PCB material. In part it’s a compact and sturdy form factor for interaction with piezo experimentation. The piezo disks are directly mounted to the undersides of the top and bottom PCBs creating a direct connection to the sounds of the tact switches. The two 3.5mm jacks can be used as either ins or outs. One is a momentary out and one is always on. The momentary output allows you to hear only the depressed click sound of the tact switches while the always on output allows you to hear both the depress and release of the tact switches amplified by the two piezo's. When you shake the Soundwich you will hear the sound of six washers sliding along machine screws and colliding against the two piezo pickups. Using momentary out while shaking will only allow that sound to escape when disks are compressed. Compressing along the edges will provide different filtering amounts depending on where you press [the 7 stacked lines indicate greatest amount of filtering/attenuation with less and less filtering as your travel counterclockwise till there is nearly zero]. Routing audio or CV through provides a fast and tactile handheld momentary on device.