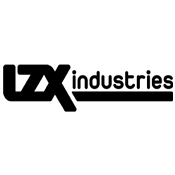 We’re proud to announce the beginning of our third generation of analogue video synthesizers with the LZX Automata series. The Automata series instruments continue the precedent set forth by Vidiot as a holistic video synthesis instrument. Beginning with our first release, Chromagnon, each device will be capable of both standalone use or immediate integration into your EuroRack modular.

Standalone and EuroRack out of the box
• Includes an injection molded shell enclosure for standalone use. Power from EuroRack power header or any 12V DC wall wart.

Analog HD Video Interfaces
• Video and sync generation up to 1080i60. Bring your existing LZX video synthesis system into a high resolution era.

***Front panel artwork and enclosure renders are a work in progress and may change. The rear face of the instrument will also include trimmable adjustments for the XY monitor and ILDA interfaces.