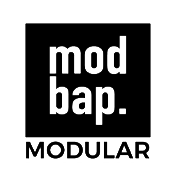 Transit has two stereo (dual mono) channel lanes of audio with an all-analog signal path. Each stereo channel lane has its own input gain control, mute button and ducking input. The Ducking input on each channel operates like traditional side-chaining on a compressor where an input signal, CV or Trigger input (i.e. LFO, Clock, Gate) modulates the gain reduction of the audio. Transit offers a main stereo output controlled by the master volume control knob and an independent 3.5mm headphone output controlled by its own headphone level control knob. Digitally controlled LEDs for each stereo channel lane indicate level via white, blue and pink illumination while engaging mutes illuminates the LEDs with the color red. Master and headphone levels also have their own LEDS for level indication using the same color scheme of illumination. All in all, Transit is a rather full featured compact 6hp dual stereo channel lane eurorack formatted mixer that offers easy signal mixing, gain staging, ducking, and performance-oriented mutes. Transit is just as at home in a small eurorack system as one Transit or several would be in a larger system.