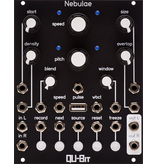 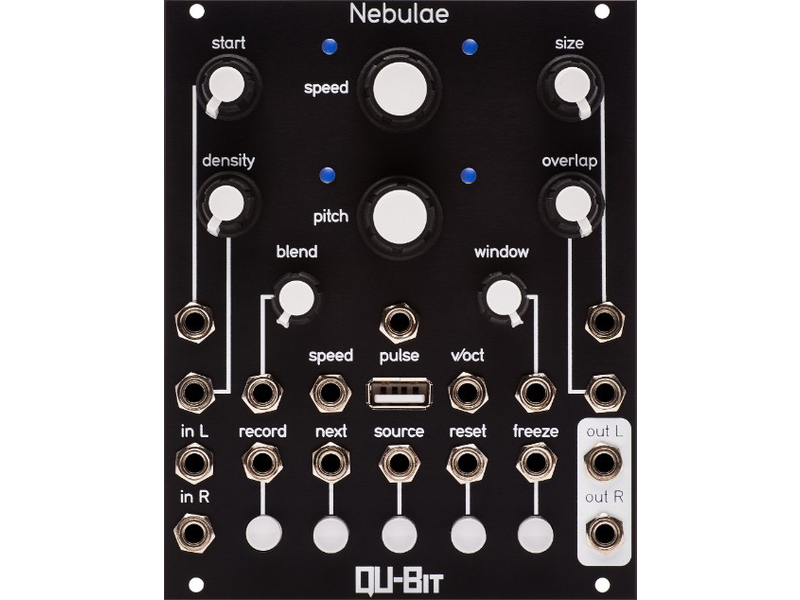 Record. Mangle. Destroy. Nebulae is a granular sampler and DSP platform. Its phase vocoder audio engine provides elastic audio, which can be time stretched, granularized, and mangled to no end. With independent control over pitch and speed, and granular controls such as overlap, window, and density, finding new sonic territory is only a knob turn away. Nebulae can use live audio input, a recorded buffer, or audio files as the source material for its powerful audio manipulations. The live input buffer can record up to five minutes of stereo audio at 48kHz, 24 bit. In addition, up to 75 MB of stereo audio can be loaded simultaneously through the USB port. No naming convention or special formatting necessary; just plug and play.

Nebulae lives a double life as an open source DSP platform with an extensive library of off the shelf alternate instruments. You can turn the module into a lush reverb, spectral delay, or tape-style looper simply by loading a new file onto the flash drive. Do you want to tweak one aspect of an existing instrument, even the default functionality? No problem. No prior coding knowledge is necessary to tweak and refine existing firmware to your liking or start with one of our templates. Alternate firmware files can be written with Pure Data, Csound, SuperCollider, and even bare-bones C programs.