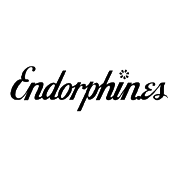 The new Queen of Pentacles covers the range of Dance/EDM/Techno music styles and is inspired by the famous TR-909. Endorphin.es did it in a smart way. Check out the features: There are 7 sounds in the drum kit. 3 drums are analogue – bass drum, snare drum and clap. These 3 are generated analogue for the following reason: each sound has its own binary noise generator and really – each time they are triggered the flavor is unique –they simply never repeat. At the same time they don’t phase out each other as in the original 909, which is great – for example in the situation when reinforcing the clap on 2nd and 4th with an additional beat of the snare. The other 4 drums are sample-based. Just .wav files playback directly from a microSD card with additional volume envelope, decay and pitch control. Those are simple modifiers but help you to shape the sounds played as one-shots.