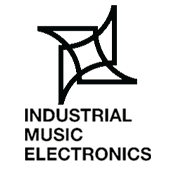 BIONIC LESTER MARK III is a 2-channel 2-pole state-variable digital filter with an unusual amount of aggressive sonic character. The filter mode is continuously variable under manual or CV control, smoothly fading from lowpass to bandpass to highpass to notch to allpass/comb with a single motion. The resonance stops just short of self-oscillation in the first three modes. A digital VCA controls the amplitude and the distortion of the input signal pre-filter. The filters have independent inputs and outputs, and an additional Mix output with balance control. The comb filters feature negative or positive feedback, and controlled self-oscillation to generate howling feedback evolution from the most mundane input. Your modular audio signal can now be heard from the short-delay-line claustrophobic perspective of a fuel tank entry crew, an overdue addition to the Industrial Music Electronics arsenal of Low Art Enforcement Technique. The allpass and comb modes are also useful for designing primitive diffusion, phasing, chorus, or delay effects, and even crude reverberation when multiple Lester units are used together.

The audio input controls have dual behavior. When the control (or CV input) is turned from zero position to the center, it operates as a simple gain control for that input. When turned past the center position towards the maximum, the signal will begin to soft-clip, adding hard clipping as the maximum is approached. This smooth and subtle distortion adds violence to otherwise unremarkable input material, generating additional harmonic content for the filter to process. The digital VCA that controls the gain and distortion functions is aware of the input signal’s zero crossing, eliminating “zipper” noises when the gain is modulated.

Each filter section has three CV inputs. The first is a high-speed input hardwired to the filter’s cutoff frequency, appropriate for snappy envelopes and slow moving voltages alike. The other two inputs (one with attenuverter control) are freely assignable to any of the filter parameters (cutoff, resonance, mode, gain), storable in a preset. The Mark III preset system stores eight fully programmed panel setups, instantly recalling everything under the harshest demands of performance. The Morph mode allows smooth fading between all of these presets.

Activate Filter B’s LINK control for patch-free routing of the filter’s control or audio signal. You can achieve dual-peak resonance, cable-free series routing, cascaded 4-pole filtering (with two stages of distortion), and full stereo using only one set of filter controls. The input normalization, LINK settings, and parallel mix output further reduce cable clutter while rapidly patching an elaborate signal flow. The controls are arranged for maximum tweakability and minimum cable interference, with metal-shaft potentiometers attached to the panel on the large knobs. The Mark III OLED display displays the cutoff frequency in Hertz, resonance amount, and filter type morph. The CV inputs process all input voltages between -10 to +10 volts.