The HC-TT is a compact cassette manipulation device which allows you to manually play a cassette with your hands. The resulting sound can be incredibly similar to scratching a vinyl record. Sound will only be produced while your hands are turning either of the large playback knobs. By turning these knobs you are directly rotating the cassette spindles which moves the tape across the internal tape head. The knobs “play” a regular cassette forwards and backwards. There is no motor in this device, so direction and speed is left to the performer. The touch switch is a momentary mute for both the mono audio output as well as the CV/Gate outputs. It does not record audio but outputs pre-recorded audio from any cassette tape.

Features
• Forwards and Backwards knobs w/metal cranks utilize 4 ball bearings soldered into the case allowing for responsive control and manipulation of an audio cassette tape
• Momentary Touch Mute [Sunset] for gating audio (tape or external) and/or CV/Gate signals
• A Gain control at it's highest level can get quite loud and add a bit if overdrive to the signal, plus when used in combination with the tone control it can pushed a little more.
• A lo-fi dirty Tone control which cuts most bass content at it's lowest level and boosts bass content at it's highest.
• 3.5mm CV and Gate [Half Moon and Square] outputs which allow you to use your chosen tape's audio content in combination with your playing style as a way to manipulate a modular synthesizer.
• I/O Feedback Touch Points [Arches and Moons] allowing for touch sensitive analog feedback within the preamp (not to tape). The feedback you create also outputs to CV/Gate.
• The cassette inserts along the front edge by lifting both knobs and then reseating them through the cassette spindles and into the ball bearings below. The cassette is not damaged by this playback method and this technique makes it nearly impossible to tangle a tape.


Specifications & In the Box
• 1/4" mono output [left side]
• 1/4” mono input [right side] which allows you to use the HC-TT’s circuitry as a lo-fi overdrive and playable touch feedback processing device. The input does not go to tape. The input is also processed to the CV/Gate outs. The touch mute also mutes incoming audio.
• Included 12v power supply works in all countries and is provided with a country specific plug type.
• Entire construction is made from 7 Immersion Gold PCBs
• Weight: 0.8lbs
• Ships with one randomly selected cassette tape. 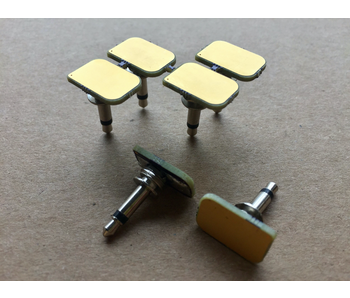 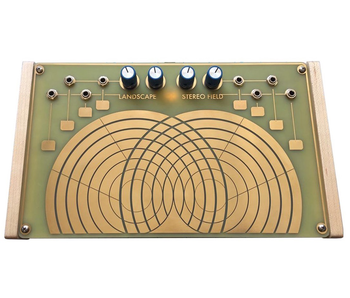