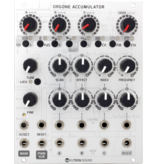 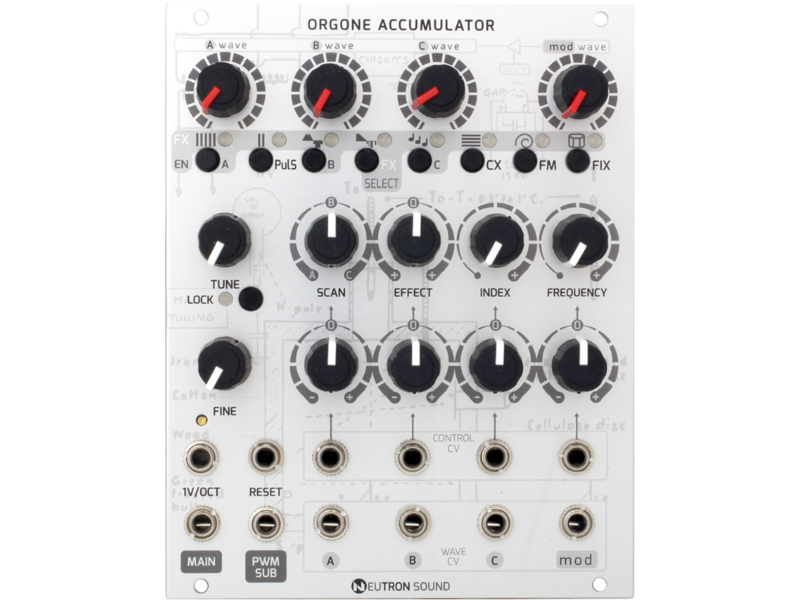 This item is used, has been fully tested and is guaranteed to be working.Wavetable Blending, Modulation and Effects Oscillator

The Orgone Accumulator (OA) is a digital phase-accumulation oscillator module capable of creating a wide range of timbres, from classic subtractive-synth-style sounds, to PPG-wavetable stuff, and hardcore FM!

Modulation modes are normal (a type of sync + AM) FM, and pulsar. the modulator can be fixed, or follow the pitch input.

On top of that, there are 7 effects available that have variation via the bipolar control and attenuverter CV. As well as the bonus drum voice.

Features
• Mode status and effect indicated directly by LEDs rather than buttons being up/down and binary effect readout
• Momentary switches instead of latching
• Select effect by pressing SEL, then the effect you want (rather than cycling through)
• CV control of the 3 main wave selectors and the mod wave selector
• Built-in non-volatile memory to retain your settings on power-down
• Fully-featured drum-synthesis mode, which allows you to shape the Orgone's sounds into expressive, percussive noises