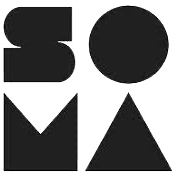 ETHER is a wide-band receiver that makes it possible to perceive the electromagnetic landscape around you. A kind of anti-radio. Instead of being tuned to a specific radio station, it receives all the interference and radiation that a traditional radio tries to eliminate in order to create a clean signal. It captures the radio waves “as is” from hertz to gigahertz because it doesn’t contain the tuned input circuit that filters out all frequencies except the narrow band of a specific station. This allows ETHER to perceive the invisible electromagnetic landscape that humans created unintentionally, making possible live electromagnetic field listening and recording.

ETHER is pocket-sized and light-weight. It consumes very little power and runs on two AAA batteries. How long it can run on two batteries is unclear, because I still use the very same set of alkaline batteries I put into the first ETHER prototype 6 years ago! (yes the project has taken 6 years). All I can definitely say is that battery life is more than 300 hours if you using alkaline or lithium batteries. ETHER has both magnetic and electric components for sensing radiation. For the magnetic component, it has a built-in magnetic antenna, like the ones used in old long-wave radios. The antenna has maximum sensitivity on ETHER’s axis. By changing the orientation, angle and position of ETHER, you will change the sound. For the electric component, it has antennas printed on the PCB and the special input pins placed on the anterior surface.

ETHER is very sensitive to any kind of digital circuitry that’s in close proximity. This is why I didn’t put an SD-card recorder or something like that inside. You also have to make sure to keep other electronic devices that you carry (phone, laptop, recorder) at least 30cm/1ft away to avoid interference, but ETHER definitely works well when you walk around with a smartphone and laptop in other pockets and bags. The output of ETHER is a regular 3.5mm headphones’ stereo jack with L and R contacts connected in parallel (ETHER has a mono out). To record ETHER, you need to use an audio cable of at least 1m/3ft in length to connect it to a device like a ZOOM recorder. Even with a long cable, ETHER can sound different than when using headphones. To get the purest sound, headphones are required. Some sounds you can record only with the mind, sorry. But the best snapshots are kept in our heart so let it be a part of the game:)