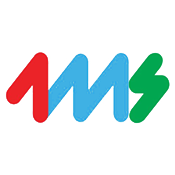 The Spherical Wavetable Navigator (SWN) is a six-channel synthesizer that makes it easy to create slowly morphing drones, polyphonic melodies, evolving sequences, and rich textures. The SWN features six wavetable oscillators with independent pitch, level, and waveform controls. Six LFOs (Low Frequency Oscillators) can be used as modulation sources and/or envelopes, making it easy to add dynamic motion to your patch. Each channel is a full voice and can be “played” using the top row of buttons, the internal LFOs, or note-change detection on the 1V/oct jacks.

The SWN ships with 12 three-dimensional (spherical) wavetables and an easy interface which allows you to record and edit custom wavetables from live audio. Open-source software for Mac, Windows, and Linux called SphereEdit can be freely downloaded and allows you computer to create, edit, and convert .wav files into Spherical wavetables to transfer into the SWN with an audio cable.

Features
• Six VCOs (Voltage Controlled Oscillators), each with independent 1V/oct pitch CV and waveform selection.
• Twelve spherical wavetables, plus space for up 108 user-created wavetables.
• Quickly record, apply effects, and save your own custom wavetables from live audio (or by using free SphereEdit software on a computer).
• Six LFOs/envelopes, each with its own output jack and controls for speed, amplitude, phase, and shape.
• Stereo audio outputs.
• Option to quantize each channel to a scale (major, minor harmonic, semitones).
• Entire state of the SWN can be saved into one of 108 Presets and recalled at a later time.
• Temperature-stable, high-quality pitch tracking circuitry is easy to re-calibrate and keep in tune with any sequencer, DAW interface, or keyboard.