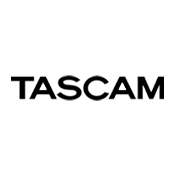 The DR-05X is the new standard in stereo hand held recorders with its powerful features, simple interface and excellent sound quality. It is the first choice for recording meetings, music, audio-for-video, dictation, and more. DR-05X uses only two AA batteries and has ultra-long battery capability. When using built-in microphones, recording lasts 17.5 hours when recording with standard 2ch WAV, 44.1kHz/ 16bit format using alkaline batteries. Also DR-05X can be powered by a USB mobile battery as well for super long extended use. Connect to a PC/Mac/iOS using USB Audio interface mode, and DR-X becomes a tool for voiceover work, live streaming, podcasting and songwriting with studio-quality audio. Built-in microphones work as USB microphones without complicated driver installs. Auto tone function provides easy-adjustments for on-site movie editing, ideal for DSLR filmmaking. The overdubbing function allows for Overdub Recording while playing a previously recorded file. This allows you to record other parts such as a guitar solo over a recording previously made such as at a rehearsal studio. Overdubbing creates a new file, leaving the original file unaffected, making it easy to re-record.

Features at a glance