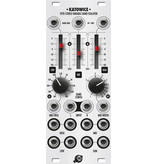 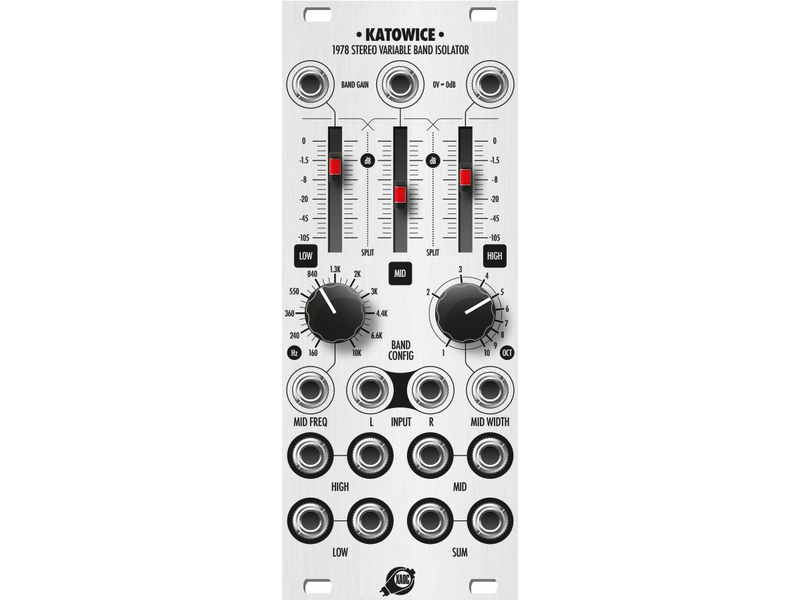 Katowice is a stereo variable–band isolator that allows the user to manipulate a selected range of frequencies. It is the first module in a series of upcoming Xaoc Devices products designed specifically for processing stereo signals. Katowice splits the stereo input signal into three bands: low, middle, and high. While the knobs and CV inputs define the center frequency and bandwidth of the mid band, the low and high bands are automatically adjusted so that the sum of all three is a complete signal. All three bands are passed through high quality VCAs and their stereo outputs are available separately for further processing. A stereo mix down signal is also available. Katowice may be used as a crossover network, a parametric EQ, DJ-style kill filter, or other band-selective applications, including multi-band compression and stereo enhancement.